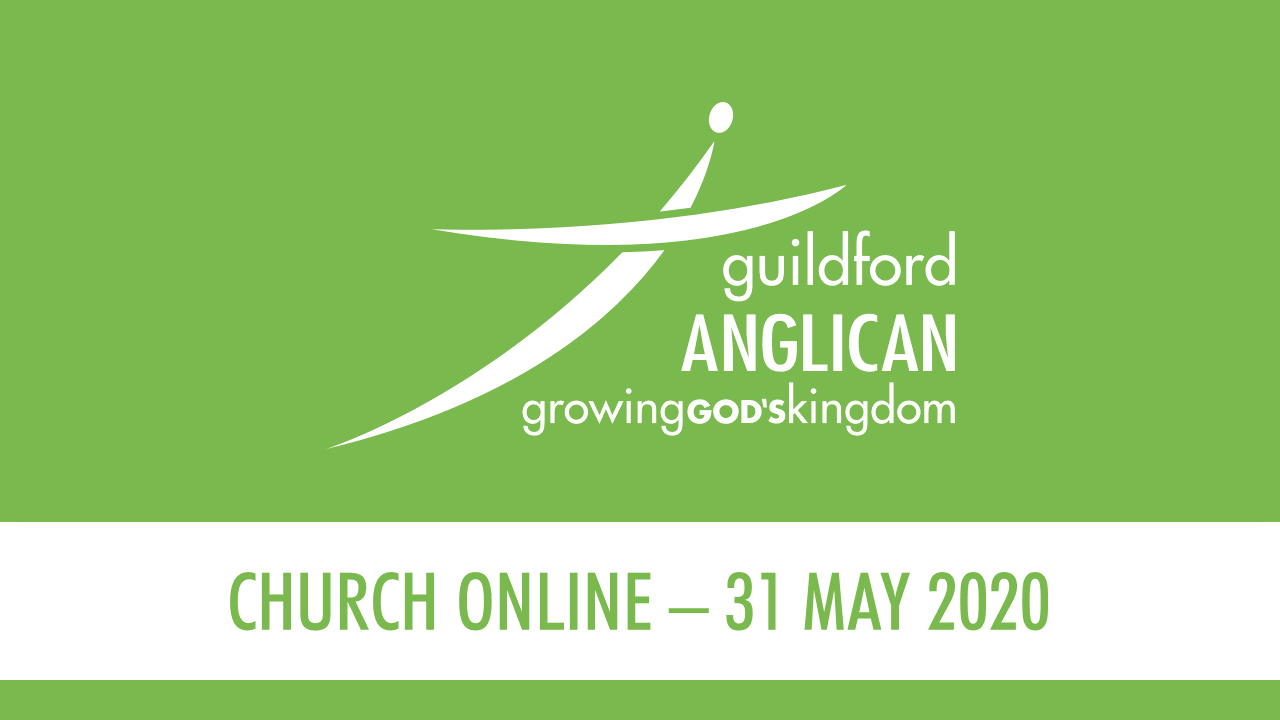 INTRODUCTION – MAKING PROMISES AND KEEPING THEM

A famous man once said;

“I believe in the sacredness of a promise, that a man’s word should be as good as his bond; that character – not wealth or power or position – is of supreme worth.” – John D. Rockefeller Jr.

Sadly, I think it is safe to say, that we have all been in a relationship where trust has broken down. Having the trust you placed in someone be broken, that makes it hard to trust again. But the problem is, to move on, you need to trust the next person. But to trust the new person, you have to believe that they can and will keep their promises. But how do you know if they’ll keep their promises?

Is that why we can find it hard to trust God?

GOD MAKES IMPOSSIBLE PROMISES
In the passage so wonderfully read for us, God repeats His promises to Abram. Yet again God promises to give this land [show map of the promised land] to Abram and descendants to fill it. God already made these promise back in chapter 12 when Abram first came to this land. But God repeated the promise in chapter 13 after He had miraculously saved Abram and Sarah out of Egypt and Pharoah’s house. God saved Abram and made him rich, but to be fair, these promises of God still seemed impossible.

Last week we saw in the first verses of chapter 15 that God promised children, and Abram had believed God. But from Abram’s point of view, it still has to seem impossible. Let’s read God’s promise and Abram’s reaction from Genesis Chapter 15, verses 7 and 8.

We have sympathy for Abram’s question don’t we? “How can I know?” Abram has faith, but of course Abram still struggles to understand God’s promises.

It can feel the same for us. God has made us promises that just seem impossible.

God has promised us that if we follow Jesus, we will have eternal life. Life without end. Life without death. And we feel the impossibility of that. Life seems so fragile.

I was 22 at my grandma’s funeral, she was 92. I was 21 at my friend Matt’s funeral, he was only 20 years old. They both followed Jesus. And they both passed away.
But God promised us eternal life.

GOD GUARANTEES HIS PROMISES WITH THE MOST SERIOUS OF CEREMONIES
He guarantees His Impossible Promise to Abram by the most serious of ceremonies. God does this ceremony, that feels very weird and strange to us. But Abram would have understood this ceremony. This was the ceremony for cutting a covenant. The ceremony for making a serious and solemn covenant.

We all make covenants, just not in that old way. When you rent a house you sign a contract, with witnesses, to pay this much money a fortnight and they provide you this house with this level of features. The renter and the landlord have formed a covenant.

God tells Abram to make ready for the most solemn and certain covenants that existed in Abram’s time. Not just one young cow, but five animals in total. Abram butchers the animals as told, and then he waits for whatever the Lord is going to tell him next. Abram waits until sunset.

Then the LORD let’s Abram in on His plan. God tells Abram just how He is going to keep his impossible promise. He lets Abram know:

That yes He will keep His promise. That it will take a while. That the path will not be easy or straight forward. But that He will be in charge of it every step of the way

Then God cuts the covenant, he signs on the dotted line, by making the smoke and the fire pass between the halves of the dead animals. The smoke and the fire represent God. And they are normal ways for God to represent himself. He will speak to Moses out of the burning bush. He will guide the people out of Egypt by a pillar of smoke by day and a pillar of fire by night. He will make His covenant with Moses and the Israelites on Mount Sinai speaking out of the black smoke and fire.

And this covenant, signed by passing between the carcasses of the animals split in half, means that if the LORD does not bring all these promises to pass, the LORD will be cut in half.

But notice… Abram DOES NOT walk between the animals. The normal thing was for both kings to walk between the animals. But not this covenant. This is a one-way covenant. These promises that God has made, He will keep them. There is no condition on what Abram does. God will keep His seemingly impossible promises. God will keep His covenant, the most solemn and serious covenant Abram could have conceived of.

And God has not signed His covenant promises with us by the blood of animals.

God guarantees His promise to us,
–  to redeem us and to save us,
–  to make peace with us and welcome us into His family
–   to take us home to heaven and give us eternal life.

God guarantees His promise not by the blood of animals, but with the blood of His only Son, Jesus Christ our Lord. And He seals His covenant with us by giving us the Holy Spirit. The Holy Spirit is the deposit guaranteeing our inheritance until Christ returns (Eph 1:13-14).

Abram didn’t walk between the pieces, only God. God will do everything to make His promise come true. Nothing depends on Abram. All Abram does is trust God. He puts his faith in God to keep His promise.

In exactly the same way God has done everything for us. God has made the sacrifice. Whilst we were still sinners, Christ died for us. Nothing depends on us. All we do is trust God. We put our faith in God to keep His promise.

So God makes promises. And God seals His promises, guarantees His promises with a covenant. With the most solemn and serious ceremony known to Abram. But that still doesn’t mean anything unless He actually keeps His promises

GOD KEEPS HIS PROMISES
God’s promises are sacred. God’s word is as good as his bond. God keeps his promises, not matter how impossible they seem to us. And this is where we have an advantage over Abram.

We have the records of what happened next – the Bible. We know what God did after making these promises to Abram.

The Egyptians put slave masters over Abram’s descendants to oppress them with forced labour, and they built store cities for Pharaoh.

And in all their harsh labour the Egyptians worked them ruthlessly. (Exodus 1:11, 14)

God keeps his promises. God kept his promise that they would leave Egypt wealthy.

But God also promised that He would free Abram’s descendants from their oppressors and send them out rich. He promised so in verse 14 and He kept His promise.

Remember the Exodus, when Abram’s descendants left Egypt. The Egyptians were so scared by the power of God. So terrified by the power God showed in the 10 plagues He sent. So terrified that when Abram’s descendants asked for silver and gold and clothing, the Egyptians gave whatever they asked for in a bid to rush them out the door (Exodus 12:33–36). God keeps his promises.

But Abram didn’t get to see that. Abram lived by faith. Abram was still living by faith when he died. But God kept his promise that Abraham would have a long life. God promised that Abram would die in peace at a good old age. He promised in verse 15 and He kept His promise.

As we read in Genesis chapter 25:

“Abraham lived a hundred and seventy-five years. Then Abraham breathed his last and died at a good old age, an old man and full of years; and he was gathered to his people.” (Genesis 25:7–8)

Here is the map of the land, as promised in verses 18 to 21. From the eastern edge of Egypt to the Euphrates river all the way up here. And almost a thousand years later, under King David, this was the Kingdom ruled by Abram’s descendants. God keeps his promises.

God is the keeper of impossible promises.

This is what God has promised you. Not something small and easy. Life truly is fragile. My 90 year old grandma and Matt, my 20 year old friend. They both followed Jesus. They both treasured the eternal life that God has promised. Whilst they have passed away and I do miss them, whilst they died without having seen the promise fulfilled, neither of them gave up their hope and faith and trust in God. For they knew that God keeps his promises.

“I am the resurrection and the life. The one who believes in me will live, even though they die;” (John 11:25)

“All these people were still living by faith when they died. They did not receive the things promised; they only saw them and welcomed them from a distance, admitting that they were foreigners and strangers on earth. 14 People who say such things show that they are looking for a country of their own. 15 If they had been thinking of the country they had left, they would have had opportunity to return. 16 Instead, they were longing for a better country—a heavenly one. Therefore God is not ashamed to be called their God, for he has prepared a city for them.” (Hebrews 11)

They were longing for a better country – a heavenly one. If we are Jesus’, we are not of this world.
We are aliens and strangers. We look forward to the better promised land. Not the land of Israel, but the new heavens and the new earth when Jesus returns, just as He promised to do.