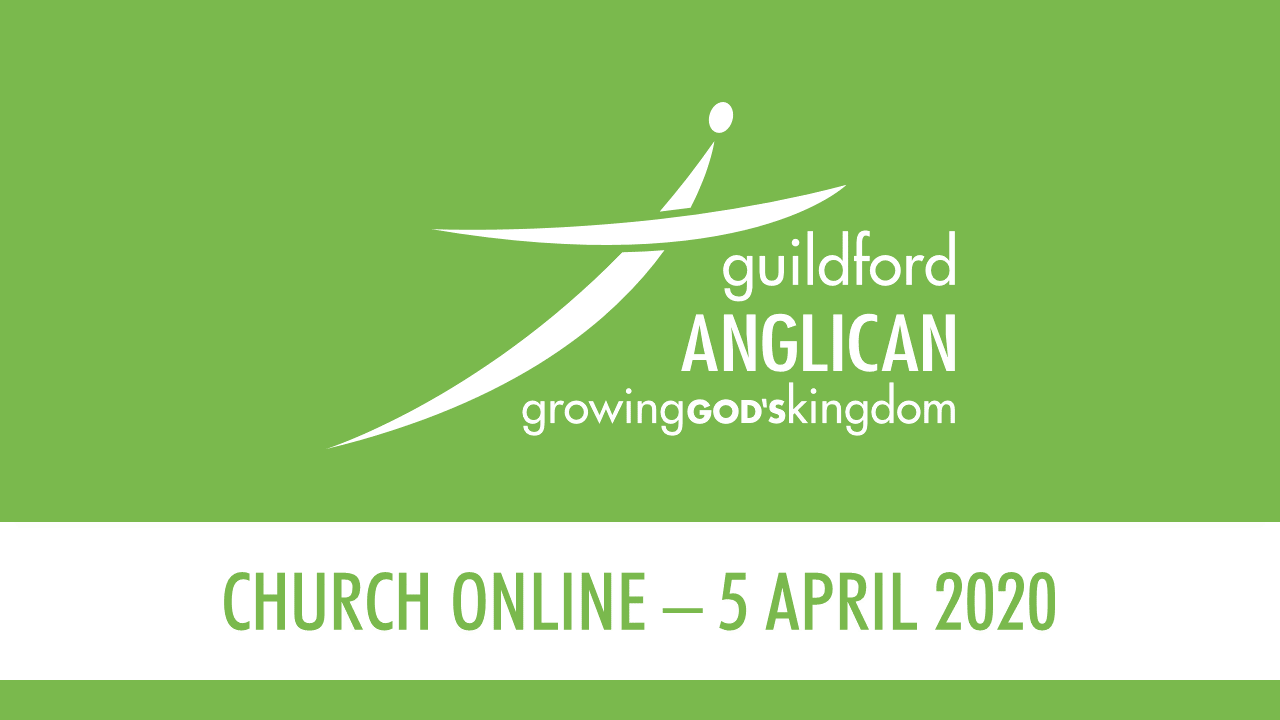 JESUS PLANNED TO DIE
According to plan
G’Day everyone, if you don’t know me, my name’s Matt, I’m one of the assistant ministers here. I’m really glad you’ve decided to join us today.

We’re going to spend some more time thinking about God’s word in Mark 14, so let’s ask for his help as we begin.

Heavenly Father, as we listen to your word, help us to understand and believe. By your Holy Spirit, transform our hearts and minds so we may have life in Jesus. Amen

For me, one of those was when I asked my wife to marry me.

I told her we were going on a picnic to a beach we’d been to before and really liked. I rocked up at her house on time with a surprise coffee and knocked on the door. The plan was working so far. But there was no answer. There’s me standing at her doorstep, the ring burning a hole in my pocket. I knocked a couple more times. Still no answer. So I tried calling her phone and finally a sleepy voice answered and we were off.

We got to the beach, the weather was beautiful, we ate our lunch, and then I enacted my scheme.

The plan was that I’d go pottering around the rock pools there, looking into one down on my hands and knees, ring in my pocket. I’d call Ellen over to have a look, then pivot up onto one knee, whip the ring out and ask her to marry me.

The first part worked ok. Plenty of rock pools to look at. I found one, called her over and…she sat down. Now you can’t really get up on one knee to someone who’s sitting down, so I had to find another rock pool to look at. I pretended to look at the first one for a bit, then got up and found another. This one actually was interesting because there was a star fish living in it. So I called her over, and this time she stayed standing up, so I pivoted up onto one knee and said some nice things. She still hadn’t clued on to what I was doing, so I paused and gave her a meaningful look then asked her to marry me. And she said yes. The plan worked.

The tragedy
As you look over this chapter, I hope you feel the weight of the tragedy. It is dreadful what happens.

Notice how as you go through the chapter it gets darker and darker as it gets later and later in the day.

Come and look with me, and we’ll see that in nearly every episode of this chapter, Jesus is in control and things are happening according to his plan.

When he’s anointed with perfume, he knows he will be buried soon. Verse 7:

7 …you will not always have me. 8 She did what she could. She poured perfume on my body beforehand to prepare for my burial.

When his disciples are preparing for the Passover what happened? Verse 16:

Mark 14:16  The disciples left, went into the city and found things just as Jesus had told them.

As he’s eating his last meal, Jesus knows who will betray him, and that his blood will be poured out in a violent death. Verse: 18

18 While they were reclining at the table eating, he said, “Truly I tell you, one of you will betray me

When they’re on the way to the Mount of Olives in verse 27 he knows that his disciples will all fall away. He precisely predicts that Peter will deny knowing him three times, and later we see it happens just as he said.

When the soldiers arrive to arrest him he uses the same Son of Man language he used when he predicted his death the other times. Verse 41:

Mark 14:41 Returning the third time, he said to them, “Are you still sleeping and resting? Enough! The hour has come. Look, the Son of Man is delivered into the hands of sinners. 42 Rise! Let us go! Here comes my betrayer!”

And finally when he’s on trial, Jesus’ accusers have nothing on him. They can’t even get their story straight. Verse 55:

Mark 14:55 The chief priests and the whole Sanhedrin were looking for evidence against Jesus so that they could put him to death, but they did not find any. 56 Many testified falsely against him, but their statements did not agree.

It’s up to Jesus to give them the evidence they want to condemn him.

Through the whole chapter, nothing takes Jesus by surprise. There are no last minute alterations. Everything happens according to plan. Jesus is in complete control.

21 The Son of Man will go just as it is written about him.

And in verse 27 he says to his disciples

And he quotes from the Bible.

49 Every day I was with you, teaching in the temple courts, and you did not arrest me. But the Scriptures must be fulfilled.”

Whatever you believe about Jesus, you can’t believe that his death was an accident. You can’t say that his death was just the sad end to a misguided teacher. That Jesus meant well, but didn’t realise the trouble he would cause and he was killed because of a misunderstanding.

No, Jesus planned to die.

JESUS IS HORRIFIED BY HIS DEATH
Which makes it very strange how upset he gets about it.

We talk about Jesus’ death so much, we see how it was God’s plan, Jesus himself knew he would rise again, and so it’s easy to think that for Jesus, dying was just ticking a box. That he died with a wink and an “I’ll be back.”

Mark 14:32  They went to a place called Gethsemane, and Jesus said to his disciples, “Sit here while I pray.” 33 He took Peter, James and John along with him, and he began to be deeply distressed and troubled. 34 “My soul is overwhelmed with sorrow to the point of death,” he said to them. “Stay here and keep watch.”

He takes Peter, James and John – his inner circle, his best friends.

And as Jesus faces his impending death, he is overwhelmed with horror, his hands are shaking, he’s swamped with grief, he’s grinding his hands together, he’s drowning in sorrow, he’s agonised by the thought of dying.

Why? Wasn’t that the plan?

We need to look at what Jesus prays.

In the next verses, we get the most intimate window into God imaginable. We’re allowed to listen to a conversation between God the Son and God the Father. Verse 35:

Mark 14:35 Going a little farther, he fell to the ground and prayed that if possible the hour might pass from him. 36 “Abba , Father,” he said, “everything is possible for you. Take this cup from me. Yet not what I will, but what you will.”

What is it that’s stressing Jesus, that’s burdening him so much? It’s the cup he has to drink. Take this cup from me.

So what’s the cup about?

There’s a story about a mate of mine, for the story we’ll call him Bin-Juice Jenkins.

My mate was a leader on a HSC study camp, where year 12s go for a week of their school holidays to do some intense cramming.

And one of the bin bags must have had a hole in it, so the juice from the study fuel – all the Red Bulls cans, the Chocolate milks, the orange juice, the chips, the fruit, the snacks, from the whole week, some of it had oozed out and pooled at the bottom of the bin.

And one of the leaders says, “I dare someone to drink it – I’ll pay you for it.”

So my mate picks up the bin and has a slurp.

$5 to drink a festy cup of bin juice. Hard to imagine a worse drink.

The cup of God’s wrath
But that’s what Jesus has to face. Just the smell of it makes him break down.

The cup Jesus has to drink is the cup of God’s wrath, his pure, righteous anger at sin.

We hear about the cup of God’s anger and judgement a bunch of times in the OT.

God’s anger is imagined as a cup of strong wine that sends anyone who drinks it into a spin.

An issue with anger
Now, some people don’t like the idea of God being angry.

We see human anger and it is ugly, brutal and selfish, so we think, God could never be like that.

We hear that God is a God of love. How could that God be angry.

Imagine there’s a man. A good man, a kind man. And his wife leaves him for a scumbag. And she takes the kids with her. And they’re now living in neglect and poverty.

If that man loved his wife, loved his family, how would you expect him to feel? He’d feel angry, wouldn’t he? If he just shrugged his shoulders and said, “meh” we’d know he didn’t love them. But if he was outraged, and offended and angered, then we’d know that he loved his wife. Anger is not the opposite of love.

God’s anger is the anger of a caring Father who has been rejected. God’s wrath is the wrath of a loving husband who has been cheated on. If God did nothing and felt nothing about our sin, that would be unloving.

Can you see how a perfect, holy God who hates sin is rightly angered by it. Can you see why sin makes God angry?

The cup
As Jesus faces up to his death, he takes hold of this cup of God’s anger at sin, he’s facing up to God’s holy reaction to evil (Stott).

In another part of the Old Testament, in Ezekiel 23, God says that the cup of his wrath is:

32 a cup large and deep; it will bring scorn and derision, for it holds so much.
33 You will be filled with drunkenness and sorrow, the cup of ruin and desolation,
the cup of your sister Samaria. 34 You will drink it and drain it dry and chew on its pieces—
and you will tear your breasts. I have spoken, declares the Sovereign LORD.

And that’s the cup that Jesus has to drink. That’s what Jesus faces as he comes to die. That’s why he’s so upset.

JESUS WILLINGLY DRINKS THE CUP OF GOD’S WRATH FOR US
And he prays to God, he asks his Father, “Dad, is there any other way?” “Everything is possible for you, take this cup from me.”

Jesus’ death is the only way for God to save people from the consequences of their sin.

As Jesus prays, he is completely alone with God. Each time he checks on his disciples, they have abandoned him, they’re sleeping.

And he willingly goes to the cross to die. He willingly follows through on the plan long in the making.

“Yet not what I will, but what you will.”

Jesus, God the Son, God in human flesh, willingly takes the wrath of God on himself to save many.

Jesus died in our place as our representative, as our substitute. He swapped places with us. Our actions deserve God’s anger, we should drink the cup of his wrath, but Jesus has taken the cup from our hands and drained it dry.

This is why Christians love Jesus so much. This is why we talk about he cross so much. It wasn’t an accident. It was all according to plan.

The cross where Jesus died was how God acted out his plan to save sinners from the consequences of their sin.

Our only hope is to take shelter in Jesus. Tell him you need saving and can’t do it yourself. Then trust that Jesus has done everything that is needed. And keep on trusting.