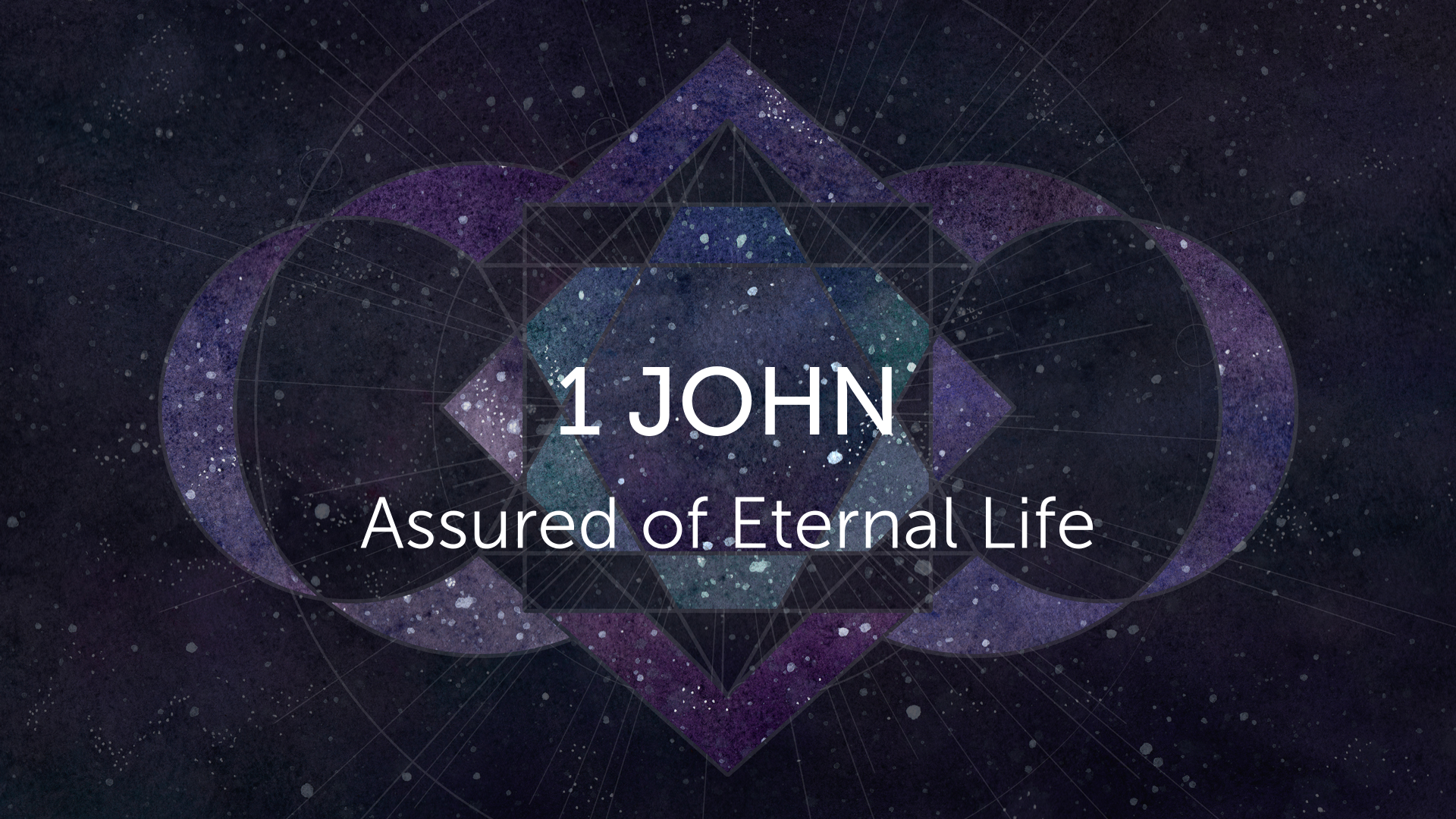 We’re going to start on the apostle John’s second letter and you’re going to think to yourself, “I’ve heard this all before.” And you’d be right. But there’s a reason why God repeats his most important commands, it’s because we need reminding, we’re forgetful, and the most important commands need obeying every day because when we live them they point people to Jesus.

Before we get into 2 John, a bit of background. John writes these 3 letters, 1, 2, and 3 John toward the very end of his life, he’s in Ephesus, modern day Turkey, and he’s writing to these churches that he started some years before this and they got off to a good start but now there’s trouble. Some of the members of his churches believe and teach things about Jesus that are wrong, they deny that Jesus is the Christ, the Son of God come in the flesh and in denying that they end up denying that his death was necessary to win us forgiveness of our sins.

The false teachers that believed these things ended up leaving John’s churches but they kept teaching these wrong things and they started to cause confusion for those who stayed true to Jesus. So, John writes to strengthen their assurance, remind them of the truth and keep them on the right path. Now 1 John is a circular letter that’s meant to be passed around all of the local churches, 2 John is written to 1 of these churches and 3 John is written to an individual in 1of the churches, it’s a cracker make sure you’re here next week.

VERSES 1-3
When I go to youth group on a Friday night I regularly get called “old Man” by the kids, unbelievable right! What I like about John is that he starts his letter “the elder”, you could translate it, “old man”. There’s real affection between John and this church.

He addresses his letter to ‘the elect lady’. That probably means a church, churches were personified as females in those days, think the church as the bride of Christ. Elect means she’s chosen, elected by God himself for salvation. This is a nice reminder that being in God’s family, the church is a precious gift from God and should be appreciated.

And John had a very close relationship with this church because he refers to it in verse 1 as the elect lady “whom I love in the truth”. And this is important, he’s showing that he’s different to the false teachers, they don’t love them in truth, they’re motivated differently, but John, truth and love drive him.

And it’s a special love, John’s talking about love like Jesus’ love. And that’s a giving love, it’s not about seeking his own enjoyment, John’s love for them is the same as Jesus love for them, it’s sacrificial, it’s for their ultimate good and it happily pays a price. Which is what happens as John confronts false teaching.

And it’s not only John who loves them like this, everyone who knows the truth, who believes in Jesus, loves them like this, and we do that because of the truth which is in us forever. Here’s what God wants us to understand about truth, the truth does not change. The truth will be true forever, and when you have God’s truth you love with that truth. You can’t separate God’s love and God’s truth, they’re life-changing but they don’t change. Many people today think that the truth changes from generation to generation, but it doesn’t, God’s truth is true forever.

And so, John’s letter is filled with this word, ‘Truth’. 5 times in the first 4 verses he mentions it. But what is God’s truth? Jesus tells us, doesn’t he? I am the way, the truth and the life, no one comes to the Father except through me.

And that truth completely changes the way we live. That’s what he reminds us of in vv.4-6…

VERSES 4-6
I have a friend who has 4 adult children, they’re all very successful from a worldly point of view, good jobs, earn lots of money, but only 1 of these kids is walking in the truth, living the Christian life. And it breaks my mate’s heart. For Christians if you don’t have Jesus, you have nothing, actually it’s worse that that isn’t it? Without Jesus you have nothing and you face judgment. That’s the truth.

That’s why John’s great joy here is that some of the members of this church are walking in the truth. I find it interesting that he says “some”. Clearly not everyone’s powering on in the Christian life, but that’s church isn’t it, some are walking with Jesus but some are still thinking about it. So let me just take a moment here to say something very important. The most important decision you’ll ever make is to repent of your sins and believe that Jesus died for you and then go on walking with him, obeying him, every day, not perfectly of course but deliberately. Do that and you’re saved, you have eternal life.

Just because you come to church doesn’t mean you’ve decided to do that yet, but it does mean you’re thinking about it. And so today I want to ask you, are you walking in the truth, have you decided to stop walking on your own and come and walk with Jesus through life? Doing life on your own is a very lonely and often painful way to do life, you’re designed to be with God. So come to him.

In verse 5 John tells us again the most important command that God’s people follow, the command to love one another. I like his Pastor’s heart in these verses, he says “God commands it but I ask you”. He knows his place, he has a command from Jesus but he doesn’t beat them over the head with it, he knows that this command is for him and them and every follower of Jesus. He knows this command will transform the world, if its obeyed.

But this raises the question – what is this love that we are commanded by God to show? John tells us in the first half of verse 6,

“And this is love: that we walk in obedience to his commands.”

VERSES 7-11
Verse 5 says, love one another, but verse 10 says, do not welcome deceivers. Quite the contrast isn’t it. In this section John wants us to learn that real Christianity involves not only love but truth as well. That’s important because not only were there false teachers running around 2,000 years ago, but they seem to have bred, they’re everywhere today. Verse 7 tells us that the main way we can identify false teaching is by the fact that they deny Jesus is the Christ and the Son of God, the problem with this of course is that he can’t save us from our sins if he’s not the Christ and the Son of God, if he’s just a prophet, or just a good teacher, or just a man then he’s useless for salvation.

In verse 9 John says these false teachers have “run ahead” in this teaching, that means they’re telling people they’ve “progressed” and “advanced” in their teaching about Jesus, they know better than Jesus and John and the apostles. I was talking to a JW once and he said this, “You Christians are driving with your low beam lights on, but we’ve got the high beam on, we can see ahead!”

The problem with running ahead of the truth is that you actually leave the truth, false teachers think they’ve improved the truth, but if you don’t continue with the truth as it was originally taught to us by Jesus then you leave Jesus and God behind. You can’t have the Father and the Son and Salvation without the teaching in God’s word.

Can you see why truth and love go together? Salvation is at stake, when someone teaches that Jesus can’t save you, or Jesus isn’t the Son of God or you don’t need to repent and believe to be saved, what’s the loving thing to do? To tell the truth. But verses 10-11 tell us of another thing, if a false teacher arrives here and wants to share their progressive message, the loving thing to do is not allow them to teach in God’s house and confuse people and lead people away from the truth. We not only need to tell the truth we need to prevent lies from spreading.

I want to end with 2 applications, the first for truth and how to stand for it, the second for love and how to live it.

During the same sex marriage debate we Christians were described as being “haters” of the LGBTIQ community because we don’t approve of sinful behaviour. What didn’t help us was that there were some people claiming to be Christians, let’s call them progressive Christians, who said, God loves you just the way you are, love is love, homosexuality isn’t a sin.

Here’s the love application, as most of you know every year after Easter Anna and the boys and I catch up with the families that we went through Bible college with, we go away for 2 days down to Nowra. It’s the most beautiful bunch of people you’ll meet. Almost as loving as us! One year, Will said to us as we were going home, “I wish everyone of my school friends could experience this, then they’d know that Christianity was true.” A teenage boy could see that the way we love points to the truth of Jesus.

You already know this though don’t you, so let me ask you the question, are you loving so deeply and beautifully and sacrificially that your life points people to the truth of Jesus? Or do I need to preach this sermon next week?