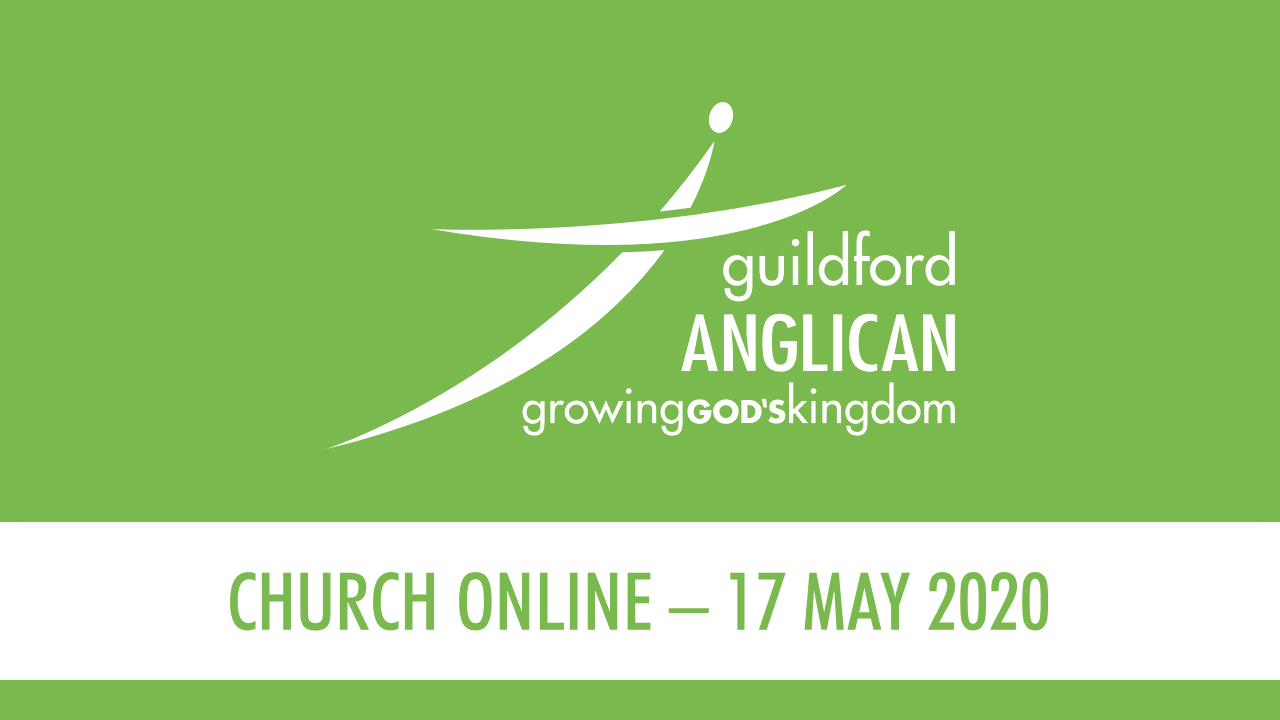 Chapter 14 looks a bit confusing when we first read it but it’s not really. We open with 5 local kings in the Dead Sea Valley, near where Abram and Lot are, you have Bera king of Sodom, Birsha king of Gomorrah, Shinab king of Admah, Shemeber king of Zeboyim, and the king of Bela.

These 5 kings and their people are subject to Kedorlaomer the King of Elam and the 3 kings working with him, these 4 Kings come from modern day Iran and Iraq. After 12 years the 5 kings from the Dead Sea Valley decide to work together and rebel against Kedorlaomer. They get away with it for a year, the 13th year.

And then there’s trouble! In the 14th year, Kedorlaomer and his crew decide to squash the rebellion and the way they do it is brilliant. On the way to Israel they seem to take a winding route, but it’s deliberate, what they do is attack every people group that may want to help the 5 Kings of the Dead Sea Valley, in vv. 5-7 the 4 kings defeat the Rephaites, the Zuzites, the Emites, the Horites, the Amalekites and the Amorites. And at the end of this they’d be thinking, “Look how good we are, we’re in control, we don’t need anyone.” But God has other ideas.

After they make sure that no-one can help the Dead Sea kings the 4 Kings of Kedorlaomer line up for battle against the 5 and then it’s over very quickly, the 4 smash the 5. The 4 Kings then loot Sodom and Gomorrah and take everything and everyone, including Lot and all his people and all his wealth. The one who was living selfishly now loses everything. Let’s just pause here.

This event is a real commentary on what happened in chapter 13, when Lot chose where he’d live, he chose selfishly. Abram was self-less but Lot didn’t follow his lead, he didn’t respect the promise that God made to give the land to Abram, he didn’t ask God or Abram what would be the wise thing to do, he made a selfish, worldly decision.

And here, Lot is being disciplined. The one who’d forgotten God and was living for his stuff now has everything taken away, and God’s doing this to help Lot to grow up in his faith, he is a man of faith, that’s confirmed later on in the Bible, but he’s lost his way and that’s why he’s being warned. One of the most regular warnings we get in the Bible is that God disciplines those that he loves. It’s a good little reminder for us as we live in a very different environment to not go astray.

God’s only warning Lot here, he’s not kicking him out of the family, because in verses 13-16, Abram tracks down Kedorlaomer and attacks him in order to free Lot. Let’s read vv.13-16…

Here we see what sort of a man Abram has become, he hears that Lot and his family and people have been taken. He immediately knows that the right thing to do is to go and rescue Lot from the biggest, most dangerous invading force in the region, even though he’s about 75! He must know it’s risky but he’s still confident. He quickly gets the 318 young trained fighting men that have been born into his household, if you’ve got that number of young men born to your servants then you’re being blessed in a crazy way by God.

Maybe that’s where he gets his confidence from, knowing that the God who is blessing him has also made a promise to give him this land, not these other 4 Kings who are terrorising everybody. The thing I like is that there’s nothing selfish or lazy about Abram here, he’s driven by selfless love to save his nephew.

Abram also chats to his allies Aner, Eshkol and Mamre and they and their men go with him. Here’s the incredible thing, they travel 180 kms (that’s from here to Goulburn) to reach the 4 Kings, and Lot, and then they launch a great night time raid and they defeat the previously unbeatable 4 Kings. But they don’t stop there, they chase the survivors a further 100 kms, all the way to Damascus in Syria so that not one person that the 4 kings came with is still in the Promised Land. This Victory is miraculous.

If you were watching this back in the day, you’d conclude that Abram was the greatest General of all time, he should be the leader of the region, he’s the hero of the story! But unfortunately, we don’t see things the right way very often. Human history isn’t really about humans, human history is God’s story, God revealing himself, bringing people into a relationship with him and transforming lives every single day of human history.

Covid 19 isn’t the big news story of the day. Do you know what is? In God’s eyes it’s His people advancing his story, telling of his plans and purposes in the midst of these events. It’s God’s people humbly trusting God when things are out of their control, it’s God’s people deliberately studying God’s word so they can grow in their knowledge and love of God and be equipped to live better for God through each day God has given them, it’s God’s people making the most of each day in order to glorify God, the real hero.

The question for us is this, will we follow God’s story or the worlds? Let’s see how Abram handles the pressure to put God aside and become the hero, let’s read vv.17-20…

Abram faces a big challenge here, because this sort of victory can go straight to your head. For those of you that play footy or soccer, what’s the problem when you score the first try or kick the first goal in a game? You relax, you think “Yeah we’ve got this, this is going to be easy.” Your pride can get the better of you. Abram is about to be tested.

As he returns home victorious, 2 kings come out to meet Abram and his men. The dodgy King of Sodom comes out first but before he gets to tempt Abram with his worldly offer, God sends the man of God, King Melchizedek to cut him off and speak to Abram first .

Remember ‘Go to the land which I will show you; I will make you into a great nation, and I will bless you. I will make your name great and you will be a blessing. I will bless those who bless you and whoever curses you I will curse, and all peoples on earth will be blessed through you’ (Genesis 12:1-3).

God’s delivering on his promises, he’s in charge of history, that’s why all these things are happening. What’s nice is that Abram gets it, he doesn’t try and take the credit for himself, he does the opposite, he responds by giving a tenth of all the possessions he brings back to Melchizedek, it was proof that Abram believed it was God who deserved the glory.

After this spiritual high comes the spiritual test, the king of Sodom arrives next and says to Abram, ‘Give the people to me and take the goods for yourself’.

An immature Abram may have been tempted by this offer but Abram’s faith and focus have been strengthened by Melchizedek, so his reply his awesome,

“With raised hand I have sworn an oath to the LORD, God Most High, Creator of heaven and earth, 23 that I will accept nothing belonging to you, not even a thread or the strap of a sandal, so that you will never be able to say, ‘I made Abram rich.’

What’s the one thing we hate about our politicians? If anything goes well it’s because of them and if anything goes bad it’s because of someone else. They take credit, but they never take responsibility. Abram’s no selfish politician, he won’t take the glory for this victory and he won’t let anyone else take glory for something that God has done. For him now, God alone deserves the glory. This is a man who’s been transformed by his faith in God and who can now see that God works through all things for the good of those who love him. And now he knows it he’s even more committed to say yes to God and No to the world.

And I want to ask you that question now – as the world spirals out of our control, do you see God victoriously at work, revealing himself, reminding people they’re not in control of human history but that he is. Do you see that even when human kings try and manipulate things for their own good, God is the one who owns history and brings about his ultimate victory over the things of this world?

When Jesus died on the Cross his disciples thought that God had lost control and that the Romans and Jewish leadership had won. They thought they’d lost Jesus forever and that their time with him was a complete waste. But they were wrong, weren’t they?

3 days later Jesus came back to life, he defeated death just like he said he would and he delivered on every promise God had made to his people.

“What then shall we say in response to these things? (all the crazy difficulties of life) If God is for us, who can be against us? He who did not spare his own Son, but gave him up for us all – how will he not also, along with him, graciously give us all things.”

If God has done this incredible thing of sending Jesus for us then we can depend on him to give us all we need to live for him and then enter his glory. This week I want you to concentrate on doing 1 thing well, live victoriously for God. With God you are victorious over sin, the world and the devil. This week concentrate on defeating: sin in your life, the world’s temptations and the devil’s lies. Victoriously follow God.